The Maremma is a territory that covers the southern part of Tuscany up to Lazio. In no other part of Italy has nature preserved such a wild character, combined with ancient and profound signs of human presence. The encounter with the Maremma is therefore is one that is difficult to forget.
Characterised by large spaces with few inhabitants, the Maremma embraces the Tyrrhenian coast and the inland hills that stretch from Massa Marittima to Capalbio, and includes the area of Monte Argentario and the islands of the Grosseto archipelago, up to Saturnia and the Tuff Area of Sovana, Sorano and Pitigliano.
Every town and small village boasts very ancient origins, with the testimonies of Etruscan, Roman, Mediaeval and Renaissance civilisations overlapping, narrating thousands of years of history.
A population made up of settlers, “butteri” or cowboys (the legendary drovers on horseback) and bandits, which has long struggled against adverse environmental conditions, aggravated by the presence of malaria in the marshy areas of the coast. However, the difficulties imposed on human settlements and modern economic development have also been the fortune of the Maremma, which has been able to preserve intact natural environments and traditions that have been lost forever elsewhere.

During a stay at Terme di Saturnia, just a short drive takes you to the Maremma’s most fascinating places. Small villages, like hidden treasures, preserve little known but no less important testimonies of the art and civilisation that flourished in Tuscany.
Often the traveller who takes to the beaten track does not have time for these jewels. Our proposals are intended as a useful suggestion for those who want to complete their “Natural Reset” without straying too far from the Terme. 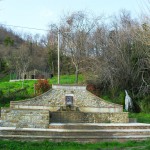 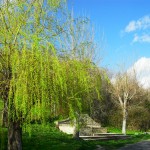 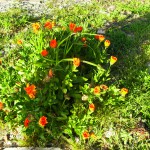 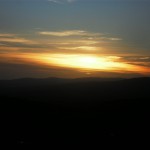 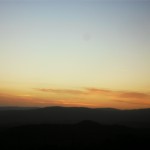 MANCIANO
Manciano has a hidden charm. You have to penetrate its narrow streets to discover all the severe beauty of the old town. The old nucleus grew up around the hill, surrounded almost entirely by thirteenth-century walls. Large tracts of these, the towers and a gate have been preserved. Other watchtowers were subsequently transformed into dwellings, with a striking effect of overlap between different eras.

Alleys wind their way maze-like through arches, stairways and small squares, giving the visitor a strange sense of disorientation.

SATURNIA
The town’s origins are lost in the mists of time. Numerous archaeological finds testify to settlements on the territory before the arrival of the Etruscans. Saturnia became a flourishing agricultural and commercial centre only after the Roman conquest of Etruria (280 BC), increasing so much in importance that it became the “municipium” of the entire hillside.
To see: Piazza Vittorio Veneto; the urban section of Via Clodia (180 BC) with the remains of the original Roman road; Porta Romana (Roman Gate) and the remains of the Etruscan walls; the ancient bath of Bagno Secco; Ciacci Castle; Via Aldobrandeschi.

MONTEMERANO
A small jewel of Renaissance architecture, long disputed among Siena, Florence, Orvieto and the powerful Orsini family of Pitigliano.

The historical importance of this centre is well demonstrated by Piazza del Castello (Castle Square), surrounded by old houses; the defensive gates of the Sienese era; the famous Church of St. George with its beautiful frescoes and the works of the great masters of the Sienese school of the fourteenth and sixteenth centuries: Sano di Pietro, Il Vecchietta and Andrea di Niccolò.

SEMPRONIANO
According to an ancient legend, Semproniano was founded by Consul T. Sempronius Gracchus who, after founding the colony of Saturnia, fell in love with the hill of Semproniano to the point of wanting to establish a new town that was named after him.

The hillock of Semproniano is dominated by the mass of the imposing Rocca Aldobradesca, around which the mediaeval village gradually arose, spreading out along the steep slopes of the hill. Among the village’s various monuments, the church dedicated to Saints Vincent and Anastasius stands out.

SOVANA
Sovana is the most important of the Maremma hinterland’s hill towns. Etruscan town par excellence, it rises above a tufa rock, which has guaranteed its defence since antiquity. Today the village appears as a perfect model of mediaeval architecture in excellent condition.

Walking through its streets, paved with red bricks in the manner of Siena, is like entering an elegant living room, furnished by monuments that tell of past glories.
To visit: Piazza del Pretorio, one of the 100 most beautiful squares in Italy; the Church of Santa Maria; Palazzo dell’Archivio; Palazzo Pretorio; the Church of San Mamiliano, home of Sovana’s new archaeological museum; the Cathedral, which has maintained its Romanesque architectural purity.
Not to be missed either is the Etruscan necropolis, which are given an aura of mystery by the Tombe Rupestri (Rock Tombs).

PITIGLIANO
Like all towns in the so-called Tuff Area, Pitigliano also has Etruscan origins. In fact, the town is surrounded by numerous archaeological sites dating back to between the seventh and second centuries BC.

The name appears to date back to the era of the Roman conquest. An ancient legend has it that, after stealing the crown of the statue of Jupiter Stator from the Capitol in Rome, two Roman exiles fled to Etruria. Here they found refuge on the steep tuff spur on which the town is still perched today. The two exiles, whose names were Pitiglio and Ciliano, decided to found a new town in this place and called it, in fact, Pitigliano. Pitigliano witnessed a centuries-long development, until the fall of the empire. In mediaeval times, it was one of the many castles of the Aldobrandeschi family, but with the marriage between Anastasia Aldobrandeschi e Romano Orsini, the entire feud passed to this noble Roman family. The town developed greatly to become the most important centre of the Upper Maremma. Moreover, in the sixteenth century it became the refuge for a large number of Jews forced to leave the Papal States. The large Jewish community that was so formed still exists today, and over the centuries has earned Pitigliano the nickname of “Little Jerusalem”.
Today, Pitigliano is the largest town of the territory, as well as the reference point for social, economic and administrative life in the Tuff Area.
A visit must start from the Shrine of Our Lady of Grace, the point which offers a memorable view of the town and the tuff spur that supports it. Not to be missed: the defensive fortifications; the Medici aqueduct; Palazzo Orsini; the Cathedral; the Church of San Rocco; “Capisotto” district; the Jewish quarter and the Synagogue.

SORANO
The village of Sorano, perched atop a steep tuff hill, is surrounded by the deep valley of the river Lente, which made its position strategically very important. The first historical documents, as the surrounding archaeological sites show, date back to the Etruscan period. The first, modest town underwent a revival after the Roman conquest of Etruria (280 BC), but it was only in the Middle Ages that the Aldobrandeschi, lords of Sovana and the Maremma, built the first major castle. Handed over through marriage to the Roman Orsini family, it was further reinforced by the construction of a new and imposing military complex. Today, Sorano preserves an old town that is virtually unchanged in its forms.

Not to be missed: Fortezza Orsini, with the defensive works that were developed between the twelfth and sixteenth centuries and the suggestive underground walkways, a rare work of military engineering; the Church of St. Nicholas; Palazzo Comitale; Masso Leopoldino, a natural tuff terracing located right in the centre of the village and overlooking the Lente valley; Porta dei Merli; the Jewish Ghetto; and finally, along the road to Sovana, the necropolis of San Rocco, from which you can enjoy a sublime view over the village.